There is love & plenty, and I’m definitely not someone who hesitates to show love or say it out loud. But, if I do…might follow the dots to witness it connecting to a bitter past. It’s infuriating, how one can get enslaved by all those emotions once shook us as a child or a teenager. Got nothing to do with age but the intensity and magnitude with which one felt it. These obnoxious feelings unfailingly trigger the same rush in the blood when placed in a similar situation. Just when I think I’ve overcome those feelings–they return. I wish I didn’t have to deal with it or could get rid of it once and for all. 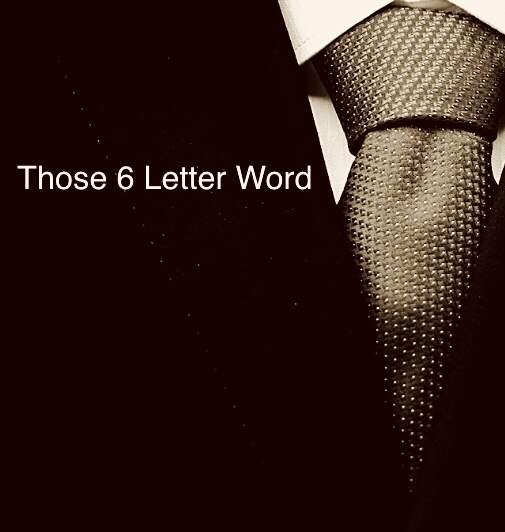 All unwanted emotions, erased at the touch of a button. Wouldn’t that be great? Unfortunately, that’s not the reality for most of us. Many of us live with some scars left from the past which bleeds once in a while. But again, I think it’s ok, as long as they do not overwhelm. We could use those as teachings or a gentle nudge for what not do and how not to be. It’s all good, as long as we use them to our benefit when we need it and keep it aside when we don’t. It is crucial we don’t forget the past lessons, but what is more important is not to allow the past to ruin the present. Something I am learning to tackle, though slowly and steadily I am getting there.

How I might be feeling right now, if it is somehow connected to the strings of the past, it helps to acknowledge that which is not. That is nothing but an illusion–your mind’s own making. And our mind is capable of creating almost about anything. From sth that may lead to a miracle OR towards a disaster.

Despite knowing all the right things, sometimes I fail to practice it. I know, there is no reason for me to hold back, to show the love to those who really need it, especially if they are someone I genuinely care about, but I hesitate. The answer lurks in the past; I do not wish to revisit but it came right at me–couldn’t avoid it.

Shouldn’t I take this as an opportunity to right my wrong from the past? But wait, some part of me thinks in fact I know, I did nothing wrong yet I was smashed. Is this my alter ego or the truth? The fact of the matter is, I am afraid, of the probable consequence, of what ifs. The result, not that of the future but WHAT IF it’s one from the past? The fear of having to go through what I’d once experienced. Something that I would not want to go through it again. It’s like the juxtaposition of the conscious reality of today but the overpowering emotions of yesteryears. It is too complicated to put it in words simply.

Challenges should always be dealt with like as if they are NEW coz they are. But why does this feel like a déjà vu? It steers the same emotions from the past, and the image so vivid that it feels like that which happened years ago is actually happening right now. And the worst feeling is, you think you know how this is going to end, not in your favor of course. “I know this is not real,” says the head but now, who’s going to convince those emotions who isn’t ready to hear but act. I hear my emotions scream, saying, “I held no bad intention but was misunderstood…when all I wanted was home, was shown the way out…when all I knew was to love but ALL that I was accused of…and more.”

Sometimes, your ability to love too much and being sensitive toward the life energies around you–work against you. Some people say, “this is a gift from life, you should nurture it.” Right! But only when one learns how to do just that. The process of learning to handle it right in itself seems one hell of a roller-coaster. Its life in the making, YOU, to help you evolve into your higher self(?/!)Not sure, but whatever…

It has been more than a decade now. Things have changed, people have changed, I have too, but these feelings. As much as I am aware of these emotions being nothing but the hazy image of the ghost from the yesteryears. Unfortunately, not every cell in my body is convinced with this fact. Thoughts persuade, but emotions persists. Coz I do NOT what I think, but how I feel.

Let’s try and tackle the ‘what if(s) one by one for how it was then and how it is now. First in the list from one of my thing of the past was, ‘what if I love but they don’t love me back?’ Today, this seems irrelevant coz I have no expectations from anyone and least of all from those I really care about. When you are terrible with numbers, I have realized its best to keep transaction free.

The second what if that has lead to a self-created misery is, ‘I love so much that it hurts.’ Well, not anymore. This is sth I learned recently. Seriously, how can one be in love and hurt at the same time? That self-created misery is only possible if the love you are offering is some kind of a deal, in exchange for sth else. If its a deal it ain’t love, at least not for me. And above all, no more a fool to exchange sth so precious I have for sth that could dissipate, most likely in a black hole. When you know you are full of love, so much capable of loving, giving and creating pleasant emotions within, why exchange it for anything else right? It took me a couple of heartbreaks to realize this, but now I know the joy of driving in a one-way street. On full speed, so much fun and is safe too. No! Not taking you on a ride. The third, fourth and fifth what if(s) are:

– Do they want me as much as I want them?
– I want to take care of them but do they want to be taken care of…by me?
– He says he loves me, but I know he is better of without me.

Well, these trios are the main cause of the dilemma that I am in. Thus, I hold back, to give the love that I have coz they need it but not sure if they need it from me.

These are not mere literations, but real life experiences that are using words as a medium to express and heal. These are not years of feelings but feelings in years, deeply rooted yet revisiting the surface.

Ok, let’s put a series to this post? I am just playing lazy lately and/or too busy juggling.

One thought on “Those 6 Letter Word – Part I”